If you ever think that, maybe, you can contain them? Or maybe they can be reasoned with? Remember what it felt like when you were tripping balls and nothing was real. Then kill that motherfucker before he knows you're even there. You're all certified now. Class Dismissed.Excerpt from "Transcript of Dr. Clef's seminar, "Reality Benders and You: How to Survive When Existence Doesn't.""[4]

A█████ H████ C███, also known as Doctor Alto Clef, is an infamous and enigmatic scientist who works for the SCP Foundation.

He is known for being one of the most mysterious non O5 members who still works for the Foundation.

Dr. Clef originally worked for the Global Occult Coalition[3] under the alias of Agent Ukulele until he was involved in the Cornwall Incident, in which he joined the SCP Foundation. He has claimed that his true name is that of an A major chord being played on a ukulele. He received his current nickname from his habit of signing reports with a hand-drawn Alto Clef symbol.

Although he is incredibly competent at his job, his sharp and forthright attitude and habit of annoying his coworkers has gained him infamy among several of his coworkers. By no means should Dr. Clef be allowed to consume an entire tin of Altoids mints in one sitting. Dr. Clef and Dr. Bright are to be kept apart at all times, at first they required the presence of a responsible administrator but this has since been changed.[5] He is known to be an inveterate liar regarding all things save SCP-related issues, and thus, should not be trusted by anyone.

If Dr. Clef's face is photographed, his face will be replaced with the face of a random animal. The few things that can be distinguished are his sizable nose, large grin, and three eyes. He has one green eye, one blue eye, and one hazel eye, both of which appear to have pupils which absorb all light falling upon it.

Originally known as Francis Wojciechoski,[2] as a child, he befriended a young goddess by the name of Lilly. However by their teenage years Lilly became much more abusive towards Francis, with, at one point, Lilly sexually assaulting Francis.[2] While Francis knew that the situation he was in was bad, he kept telling himself that he was lucky to have her because he'd rather be treated poorly then be left alone.

The result of this assault was the birth of SCP-166, being named Meri by Lilly. Francis imagined a future where Lilly went back to her old self, the way she was when he loved her. They would've stopped using their powers and lived a normal life. However, at the same time, he couldn't help but picture a future where he would end up killing her, either for vengeance or because she would've been too far gone.

During a GOC raid on his family home due to a ritual enacted by Lilly and the Children of the Scarlet King, Francis contemplated on whether or not he should kill his wife, until he decided to do so to stop her from hurting their child. Lilly tells him that she has something to tell him before he grabs a gun from underneath his bed and cuts her off by shooting her.

Francis takes the baby, and gives her to the Our Lady of Mercy Convent in County Galway in Ireland, telling them that her name was Epon. Francis fakes his death, retiring himself from the GOC, and renaming himself under the false pseudonym of "Alto Clef".

Alto Clef first came to the attention of the Foundation after publishing a seminal research paper, "On the use of Human Semen to ████ ███████ ██ █████ █████████," which resulted in his expulsion from ██████████ University's Biology department, as he had already been on probation for complaints rising from his psychology study, "On the Comparative Sensitivity of the Human Female Nipple in Laboratory and Field Conditions, upon Aware and Unaware Subjects". Said paper referred to a ██████ ████████ with traits resembling those of an existing SCP, resulting in the Foundation contacting him in order to establish his security risk.

It is not clear how Alto Clef managed to ingratiate himself with the investigating agent enough to convince her to offer him a job with the Foundation, as the individual has a slimy personality that causes most females to instinctively recoil in horror, clutching their ███████ protectively. However, his acquisition came with the retrieval of SCP-447, which has proven remarkably useful to the Foundation despite special containment requirements keeping it away from dead bodies.

Having earned a reputation for swift, elegant, and surgically precise terminations of dangerous SCPs, the Overseer Council has recently agreed to promote Dr. Clef to the head of the Department of Training and Development, in charge of training response teams and field agents. 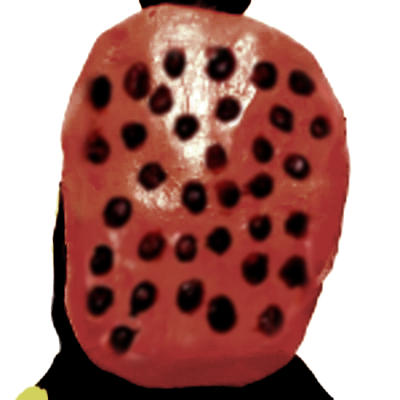